Internet access is widely recognised as a critical driver of social and economic development but for remote communities, outside the reach of existing terrestrial infrastructure, the advantages are not always felt. Low population density and remote locations mean that implementing the same superfast solutions as seen in urban areas is either impossible or not economically justifiable. Consequently, even in today’s digital age, entire communities are disadvantaged due to the lack of a reliable Internet connection. 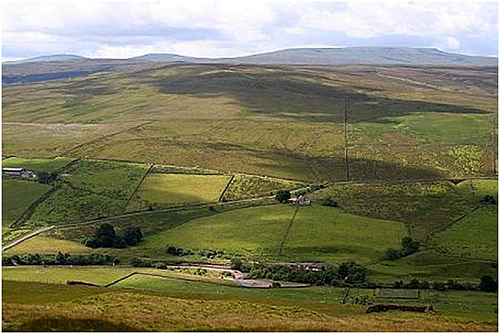 In the UK, the Department of Culture, Media and Sport (DCMS) announced the BDUK Innovation fund – totalling £10million – to address this problem and look at how to extend superfast broadband to all parts of Britain. Following the application process, eight schemes using a variety of technologies were shortlisted to receive funding. Proposed locations included Scotland, Wales, Devon, Somerset and Northumberland, with the trials aiming to work the best way to get superfast broadband to the final five percent.

Among those to be awarded funding was Cybermoor Services Ltd, a Northumberland-based community owned co-operative which provides consultancy services and had already provided a Wi-Fi and fibre broadband network for 300 homes in Alston Moor, Cumbria, and surrounding areas. It planned to develop a Fibre-to-the-Home (FTTH) network using a financial model which depends on investment from the community.

The BDUK Innovation Fund awarded £449,997 to Cybermoor to work with Northumberland County Council and investigate seven sites in Cumbria.

With a tight timeframe of three weeks, limited funds and seven areas to investigate, Cybermoor needed a company with the expertise and solution to be able to quickly and accurately plan a new FTTH network in each location.

“The Cybermoor project has been an exercise in fast turnaround and generating a lot of information to judge the feasibility of installing FTTH in rural areas. The pilot worked with the city council to run feasibility studies on the costs of bringing FTTH to seven communities, ranging from having around 40 properties to between 200 and 300 properties, in parts of Northumbria.” (Quote: Cybermoor)

As one of Sweden’s best-known suppliers of passive equipment for fibre networks, Rala specialises in fast, economical sustainable planning and installation of fibre networks by incorporating strategic ideas and a flexible way of working with the latest technology. Previous customers include rural initiatives, as well as large established enterprises, with Rala priding itself on guiding clients to success through long-term commitment and excellent quality.

The Buildfibre innovation is a user-friendly online guide for the planning and delivery of FTTH projects, allowing anyone, even those with no prior experience in the field, to project manage the building of fibre networks. The solution runs on Windows and Mac platforms, as well as tablet formats.

Cybermoor utilised Buildfibre by importing address data files into the online interest capture service and then used a computer-aided design system to generate design, material cost and labour files. The state-of-the-art system allowed a lot of information to be processed and options to be evaluated quickly. For each of the seven sites, Cybermoor could import property data and create a project design for each scenario.

Of the seven sites initially researched, three were selected for further analysis in order to use Buildfibre to detail FTTH designs, including costs, with a view to one being selected to be built with social investment funding.

By utilising the planning tool, Cybermoor was able to select the most cost-effective site – and reduce the planned costs for the backbone network to be built by around half to approximately £1,200 per dwelling.

The chosen site, in South Tyne Valley, will cover 300 properties, with some of the outlying properties to be reached by fixed wireless access, supported from the main fibre backbone.

The project has also provided encouragement for similar projects to be investigated and provides a great example for anyone looking to implement a meaningful long-term strategy for broadband and Internet connectivity in their area.

Furthermore, it gives all the benefits, and meets the stated Government requirements, of access to high capacity and quality connectivity.

“It has to be said that a major contributor to curtailing costs has been the availability of convenient and cost effective backhaul and management solutions. But we were only able to have such great oversight by using Buildfibre. We think that this could be a great way to select the most appropriate sites for investment. With Buildfibre you add properties, interested property owners and access points on an interactive map of a community or site as you go along, and in a very short time frame have exceptionally accurate cost estimates.” (Quote: Brett Wilde, Business Development for Rala)